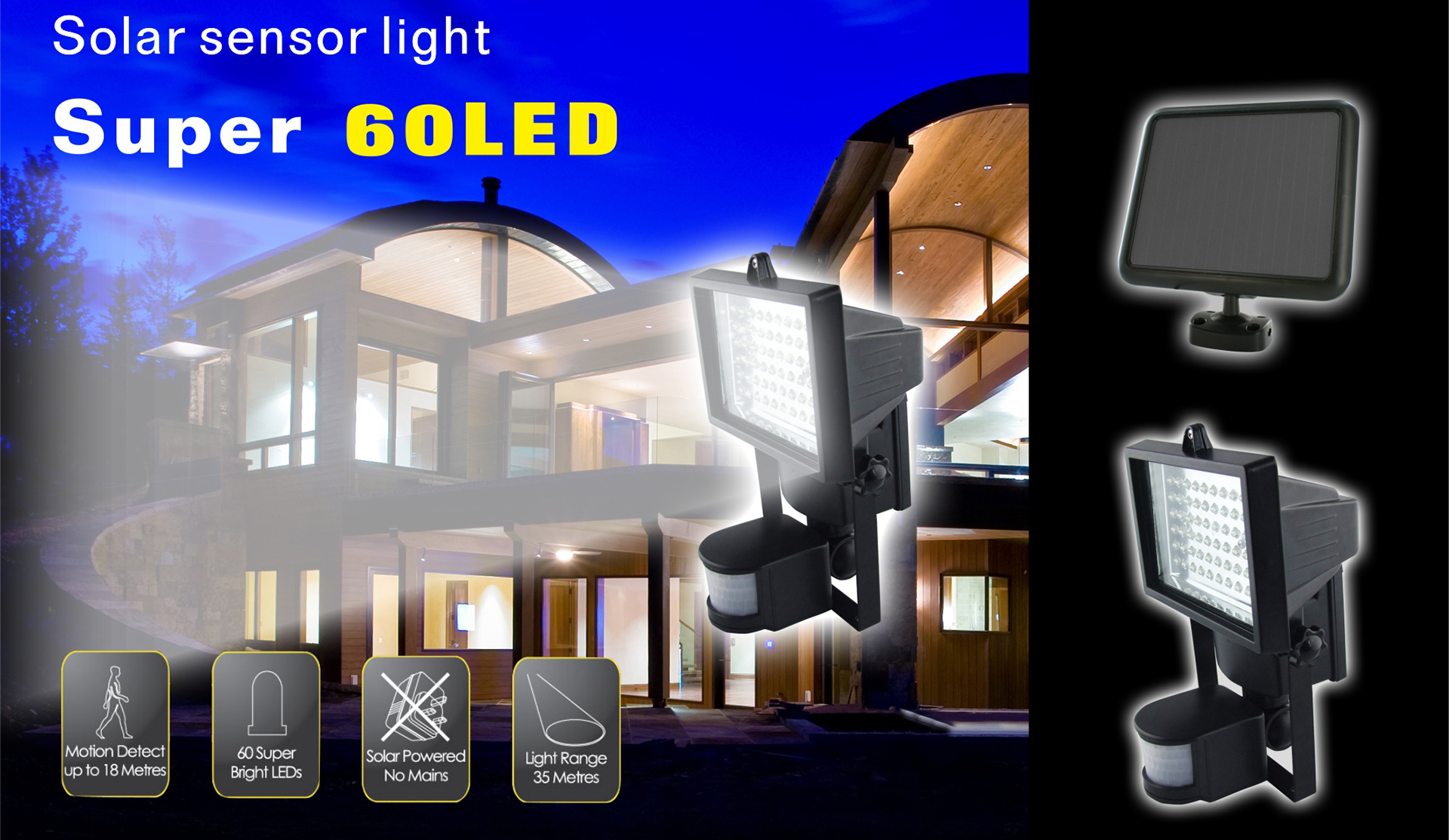 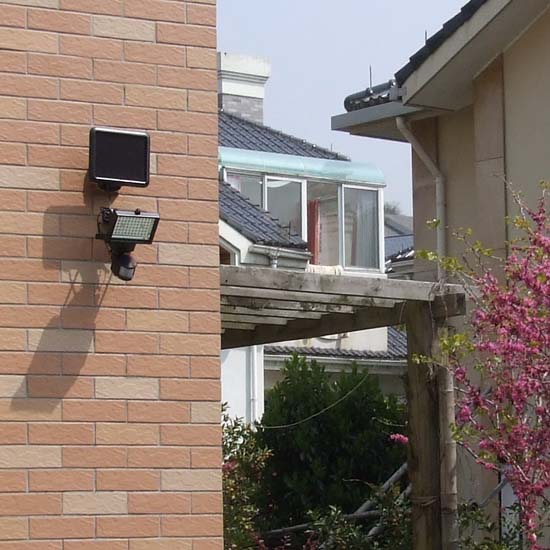 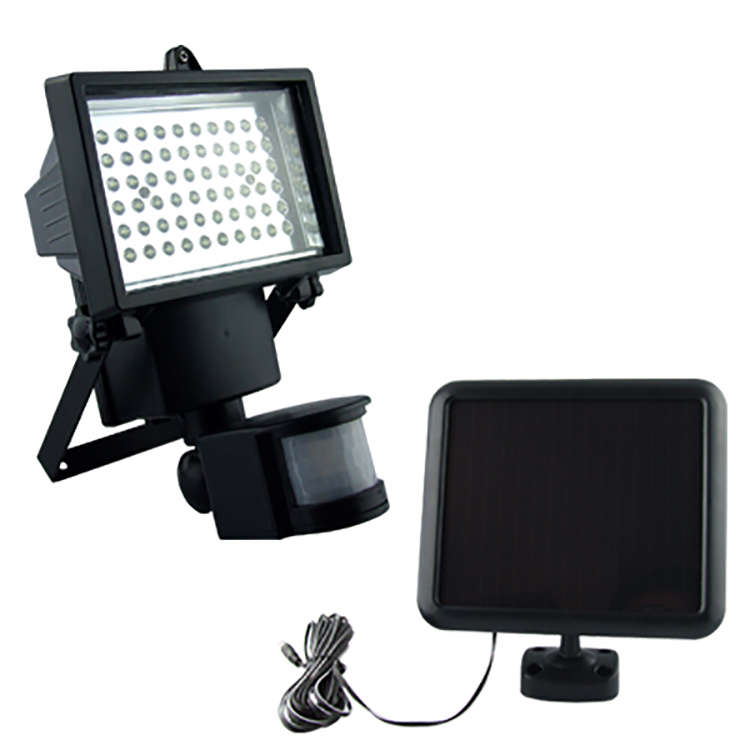 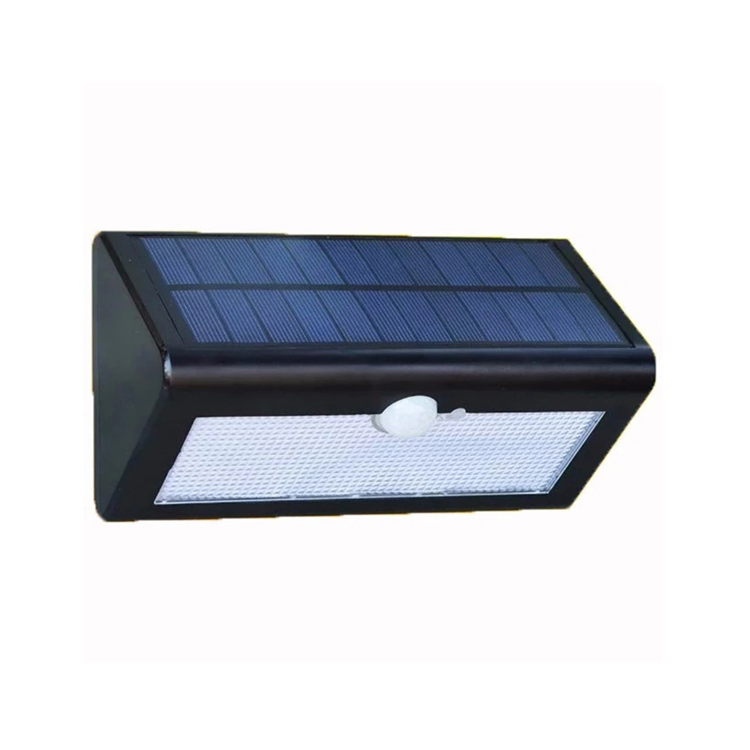 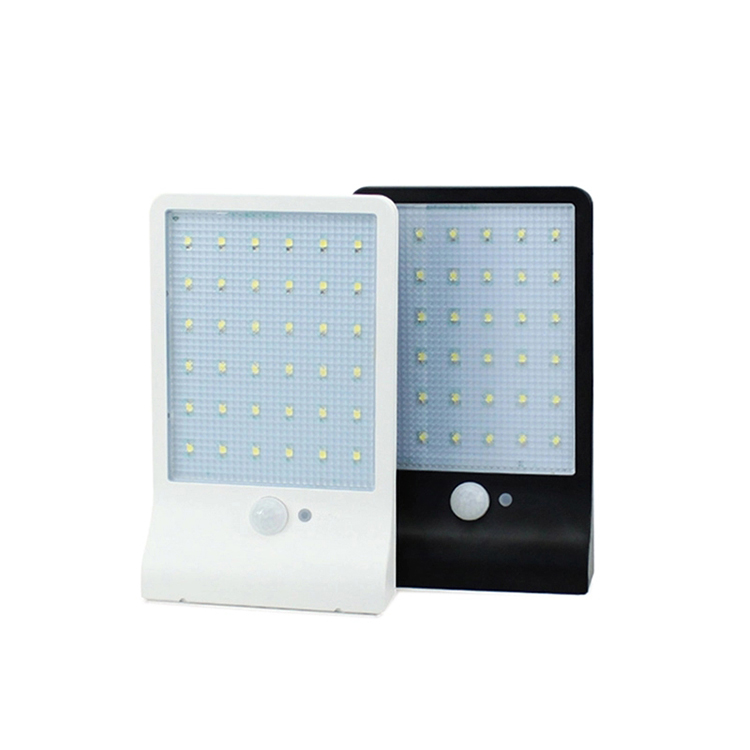 We offer bestsolar security lights for your home, garden or yard with water proof technology.

Why Do We Choose Solar LED Motion Sensor Lights 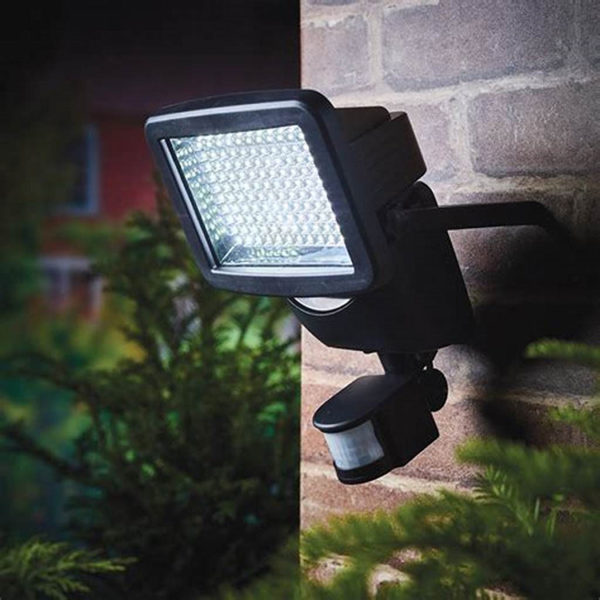 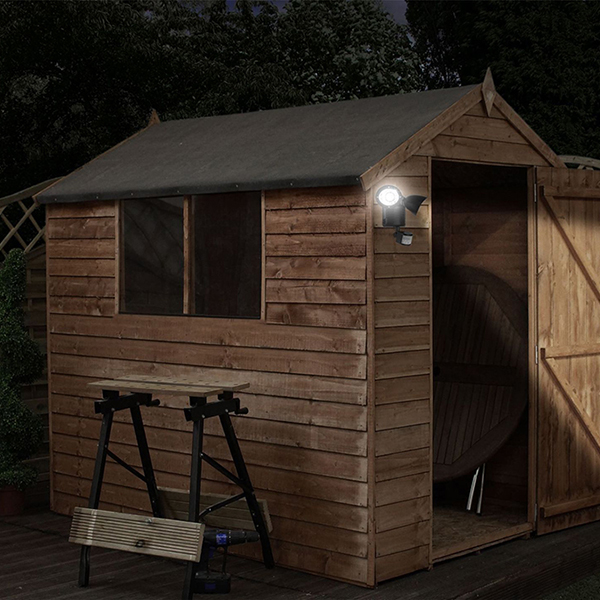 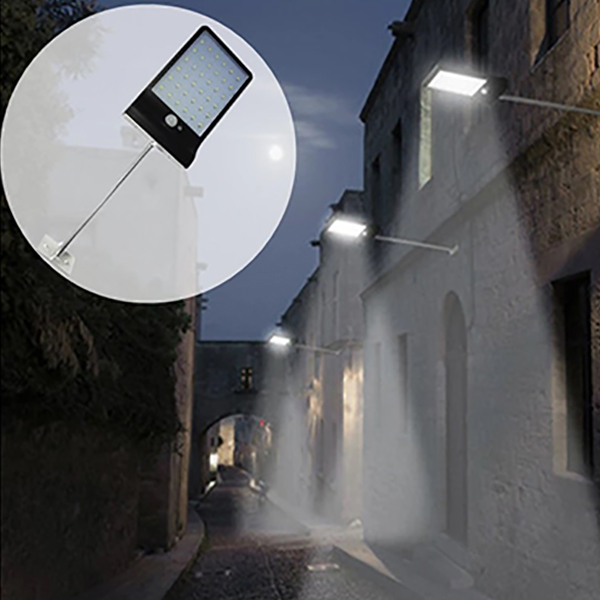 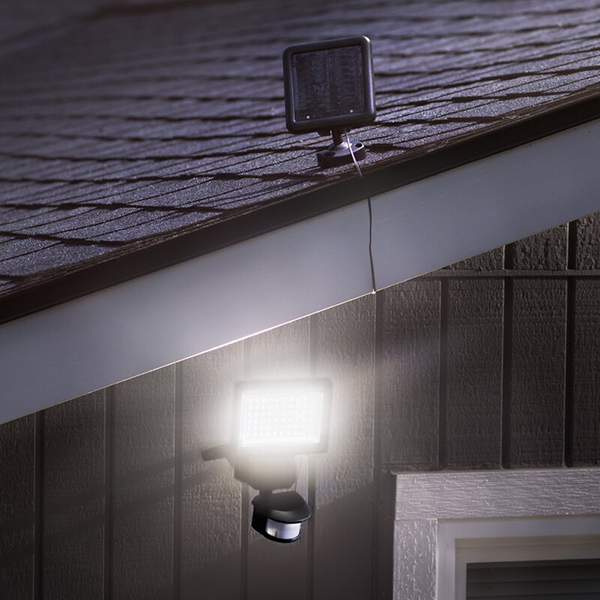 Build Up Solar Led Motion Sensor Lights On Your Own 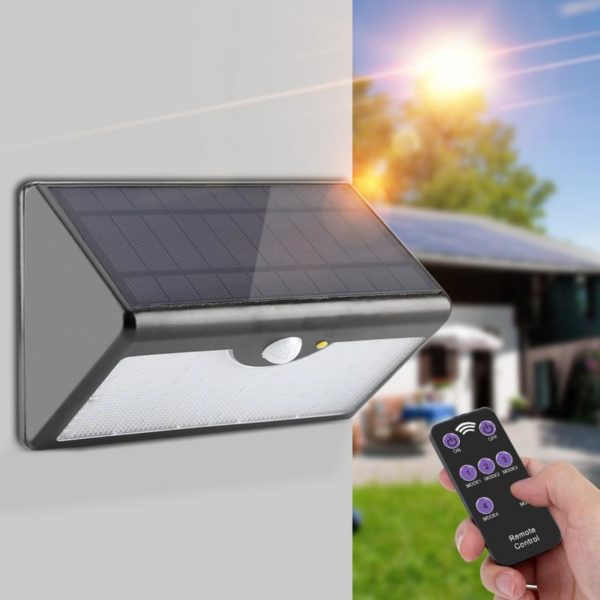 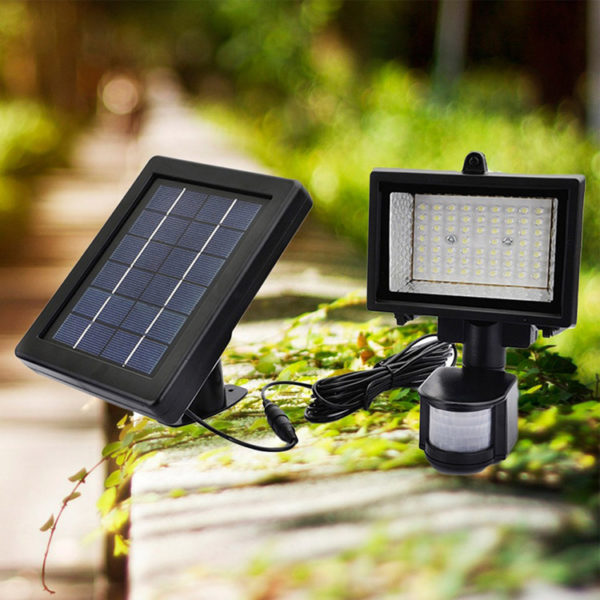 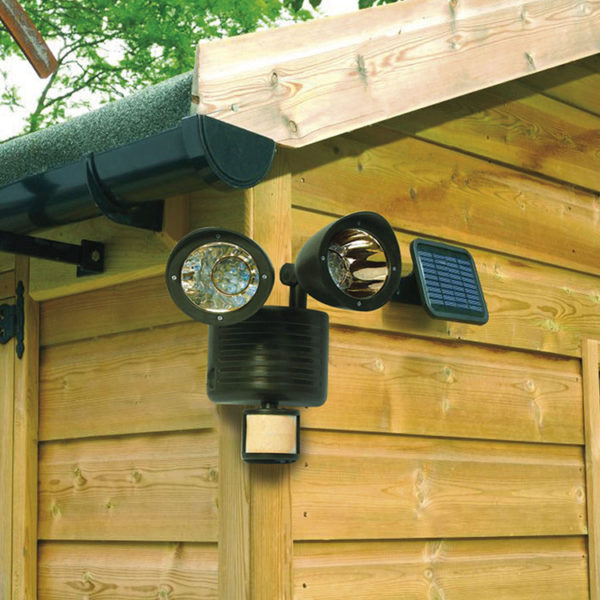 LED solar motion sensor security light can be used as a security feature but also to illuminate your garden paths.
The solar panel charges the internal batteries during the day, and at night the security light illuminates when it detects motion.

Read on through this comprehensive guide of LED solar motion sensor security light.

Solar motion sensor light is fixtures that use the energy from the sun to illuminate the area in your gardens, yards, pathways, etc. These spotlights are inexpensive and environmentally friendly and can be used to improve aesthetics or to improve safety and security. These lights can be dropped into almost any sunny garden spot without worrying about the wiring or the quest of finding the nearest plug. These are ideal for path and accent lighting. 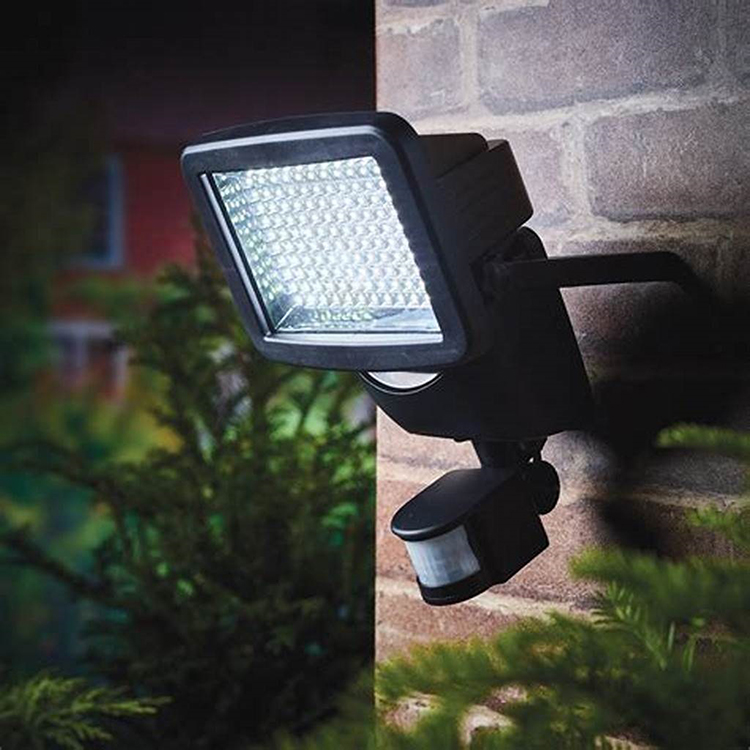 The working principle of this solar motion sensor lights is the same as regular solar street lights which have solar panels installed to convert the energy from sunlight into electric power. This energy is then used to store and charge batteries to power the lights. LEDs are typically used in the solar landscape lights as the light source this is because LEDs are energy efficient and can last longer than regular bulbs.

Using solar motion sensor light is just as a sample as mounting the lights to the wall, fence, post, or other existing garden structure.

A PIR motion sensor (PIR stands for “pyroelectric, or passive, infrared”) is a device that detects movement and heat. These devices, also known as solar PIR units or IR sensors, create a grid that is triggered by changes to infrared energy levels. 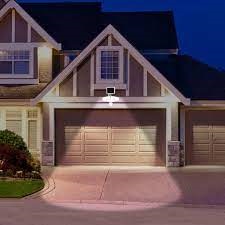 PIR Motion Sensors are More Common Than You Think
Solar security systems utilize various motion sensing technologies, but PIR sensors are the most common. Though most often used for security and safety purposes, PIR motion sensors are also common in automated lighting systems, where they are known to save energy by limiting electricity in unoccupied areas. They are also found in automatic doors, plumbing, and ticketing machines.

Whether you want to enforce a teenager’s curfew, keep four-legged critters away, or deter prospective intruders, PIR motion sensors are an integral feature in any security alarm or automated solar lighting system. 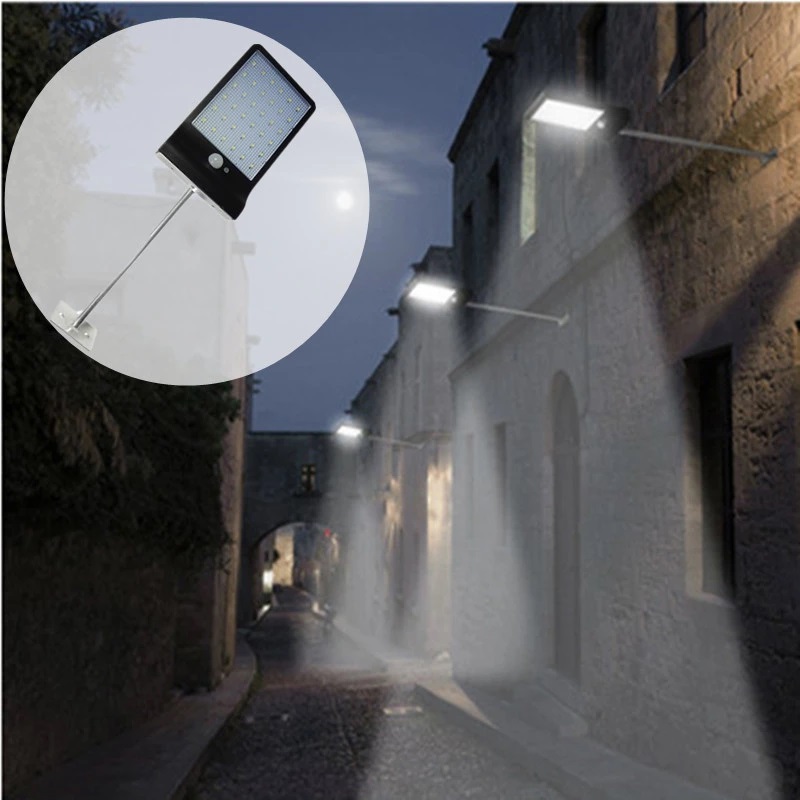 PIR sensors are linked directly to your security system, so you will be alerted if they detect irregularities. The PIR detects changes in temperature and radiation levels in the sensor’s field of view. If any change is detected, your PIR motion sensor will trip your lighting system as your security system receives notice of the irregularity.

Chapter 3.Why does one need a solar motion sensor light?

Each homeowner features a specific need in mind when it involves buying a solar powered security light with motion sensor. While most choose this sort of sunshine for security reasons, like avoiding intruders or alerting those within the house to people within the driveway, there are still many other reasons for selecting an eco-friendly motion-activated light.

Brightening dim paths or staircases in the dark

Providing light for pets within the yard

There are a spread of various designs and models available on the market which will meet these individual needs. for instance , dim stake lights are best for paths, gardens, and securing perimeters. On the opposite hand, wall-mounted solar flood lights are great for security lighting and driveways.

How much range should my motion detector lights cover?

The amount of coverage provided by a motion light is decided by the motion sensor range and therefore the brightness of the sunshine bulbs. If you’re looking to illuminate alittle area just like the porch , you’ll only need a motion sensor with a variety of a couple of feet.

But if you would like to illuminate a bigger area like a whole backyard, you would possibly want LED security lights with a variety of 70 feet or more. You’ll also power up the reach of your motion light with bright bulbs that use more lumens. Small areas can get by with as little as 42 lumens, while floodlights can produce up to three ,400.

Chapter 4.What type of functions does one want?

There are several different light modes available when it involves solar motion lights. These determine how long your light will stay lit and the way often it’ll activate . However, most, if not all, solar motion lights will automatically activate at dusk and switch off at dawn. 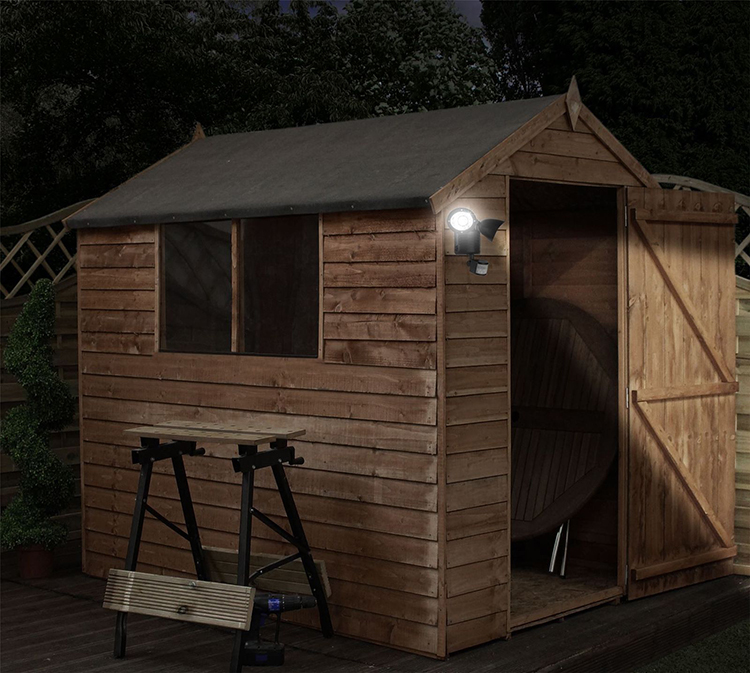 If you’re trying to find continuous light all night long, then you’ll need a light that emits a dim light which will brighten when the sensor activates. If you simply want the sunshine to illuminate when it detects an individual , then you ought to find a sensor-only light.

Some models will allow you to line the length of your time the sunshine stays lit when activated while others will only allow a hard and fast amount of your time . the additional customization may be a great option for those that need the sunshine to figure for a particular amount of your time . for instance , if you’d just like the light to show on the instant you pull into the driveway and only close up once you enter your front entrance .

You can get motion sensor lighting fixtures that are hardwired, battery powered, or solar powered. The advantage of lights that use battery power or a solar array is that you simply don’t need to install them near an wall socket . But solar panels got to be affixed where they’ll get enough sunlight for a full charge. 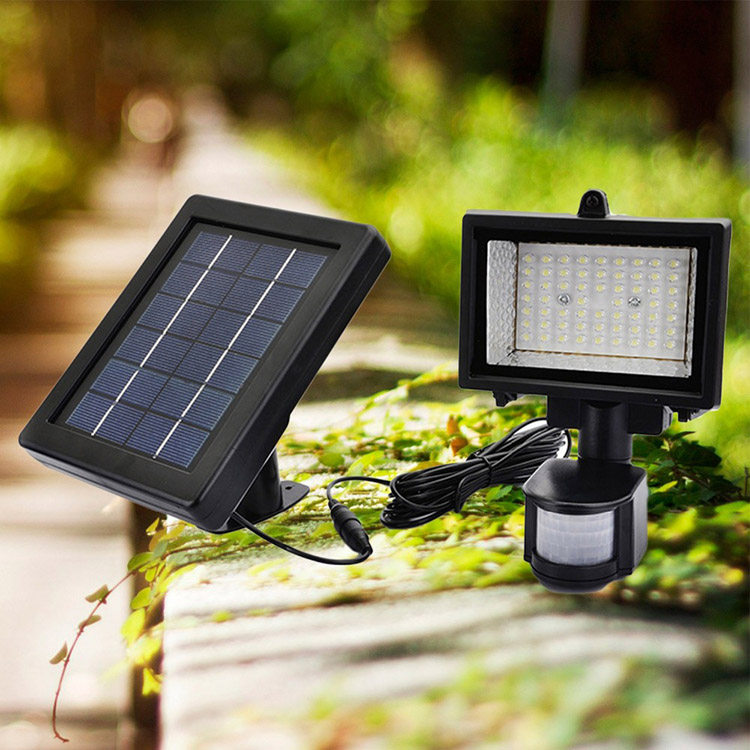 Chapter 6.How will you be using your light?

The amount of use you get out of your solar motion sensor light will depend upon the battery life. Some solar lights aren’t terribly efficient and can run out of power quickly. Obviously, these aren’t ideal for those in need of all-night security. However, if the sunshine is merely operating once an evening , a strong short battery life model could also be the foremost suitable. 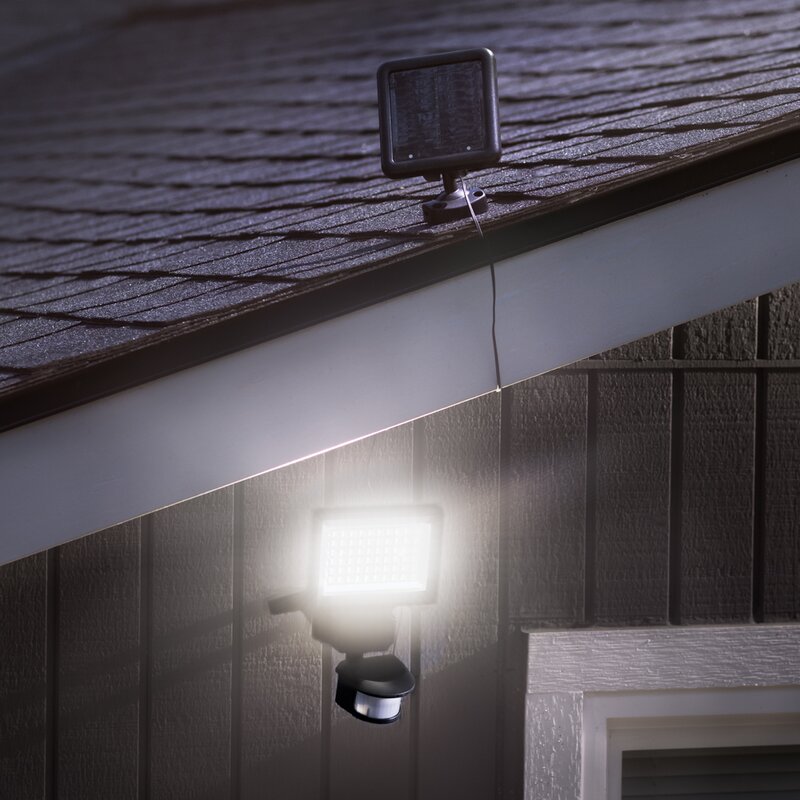 Using solar lights that have a motion sensor installed is an effective way to detect any activity outside of your home as it instantly shines a light on the person or object. But before making a choice there are certain things that need to be considered. Paying attention to the following things will help you in making the right choice.

While making a buying choice, you should consider the range of motion sensor as it is an important factor to be considered. The good quality range of senor is considered to be between 10 feet to 40 feet.

Type and Strength of Battery:

The type and capacity (or strength) of the battery is also an important factor to be considered. Lithium-ion battery having a higher capacity is a favorable choice. The user needs to make sure that the battery has enough capacity to supply power throughout the night.

The intensity of Light:

Another element of motion sensor which should be considered is its illumination capacity. The range of illumination depends on the lumens. Lumens are used to define the intensity of light produced by the bulb or LEDs. More lumens mean lighter.

If you want to have more light on your driveway or on your front door then you should opt for higher lumens and a LED bulb.

There are different types of bulbs used in motion sensor lights such as incandescent bulbs, LED bulbs, fluorescent bulbs, etc. Among these choices, LED bulbs are widely preferred as they are energy efficient and can last for 20000 to 50000 hours. Other bulbs such as incandescent and fluorescent consume more energy and also have waste heat and require replacements at frequent intervals.

There are different variants of motion sensors that are being used in motion sensor lights. It depends on the user’s preference for the kind of sensor he wants to buy. Following are some of them

It turns the light on when it detects body heat within its area of operation. The sensor detects heat as infrared energy. The sensor gets warm-up and creates a movement detecting grid which keeps a track of the movements in the surrounding area. Upon sensing a movement, it activates by switching on the light.

The microwave motion sensor works on microwave pulses. The upside of using this sensor is that it covers more areas as compared to the infrared sensors, but there is one downside which is that it gets disrupted due to electrical interferences.

This technology uses a combination of both the infrared sensor and a microwave sensor. Advanced technology is used to reduce the occurrences of false alarms. This is achieved by using both sensors to trigger at the same time and activate an alarm instead of relying on just one sensor.

In terms of placement, PIR sensors should be kept at least ten feet from heating vents. They are most effective when placed to detect movement near an entry or exit point such as a back door or garage door.

How to install a solar powered light on a house wall
Before you start, have a look at the best place to install your solar-powered light. The more sunlight the panel can be exposed to, the better your light will be. Avoid places directly under the shadows of your roof or from nearby trees.

Tools for the job

Charge up the light
Solar powered lights can take up to 48 hours to fully charge up. So, whilst you’re getting all your tools and materials together, it’s a good idea to charge it up in the sun before you install it. Take it out of the box and leave it in a sunny place in the garden – don’t forget to read the charging instructions first as the light is usually switched off whilst it charges up for the first time.

Step 1
Remove the fixing bracket from the light with a crosshead screwdriver. 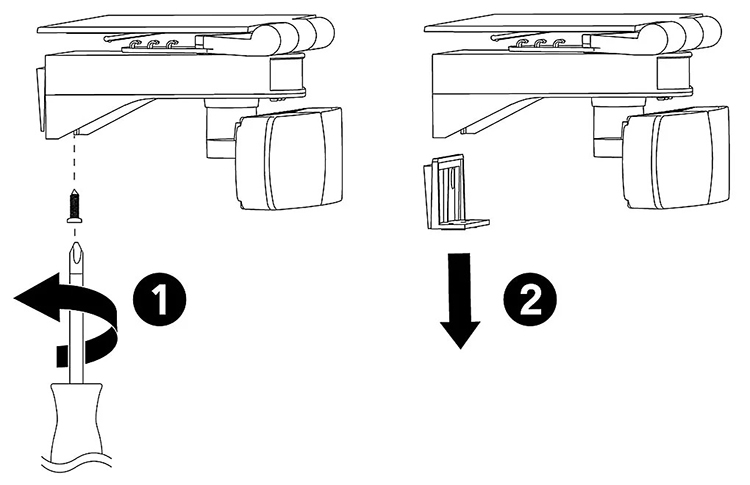 Using the appropriate ladder for the job, mark the bracket position onto the wall and use a spirit level to check it is level. 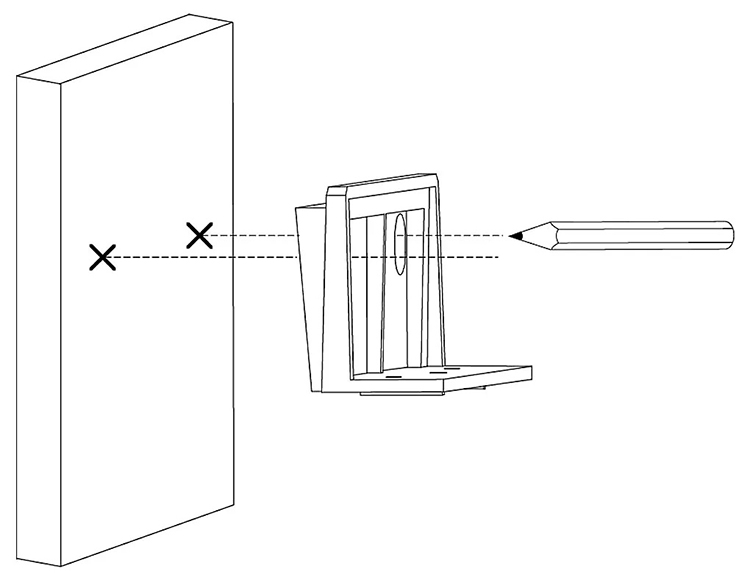 If your wall is a brick wall, mark the fixing points on to the mortar joints rather than the brick. You can drill into the brick but mortar is softer and easier to drill into. Drilling directly into the brick can crack it, so it’s best avoided if you can.

Step 3
Mark the depth of the wall plugs onto the correct sized masonry drill bit with a piece of tape. With safety goggles on, drill the marked positions with a hammer drill and blow out the dust from the holes. 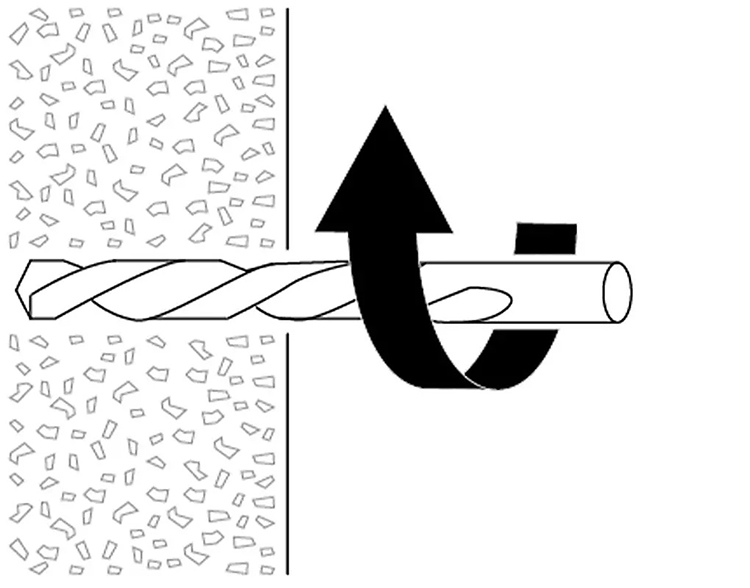 Step 4
Push a wall plug into each hole. A hammer might help to tap them ho 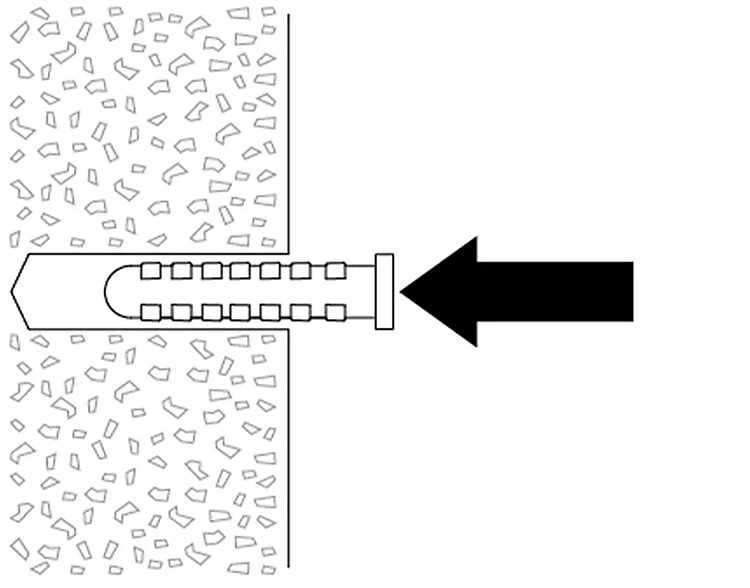 Step 5
Place the bracket into position and screw it flush to the wall. 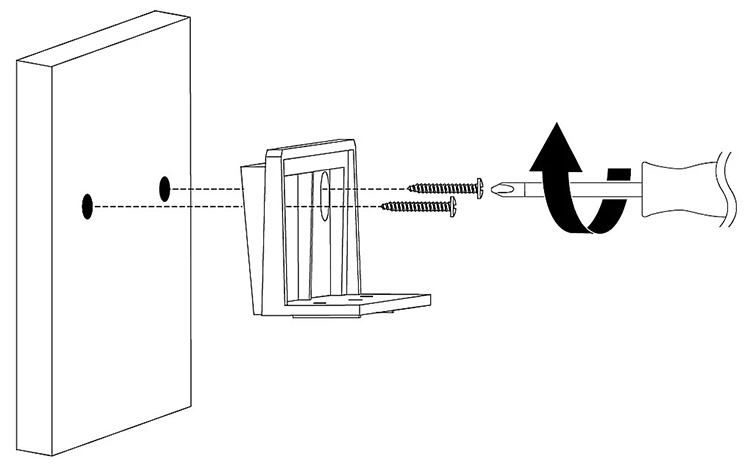 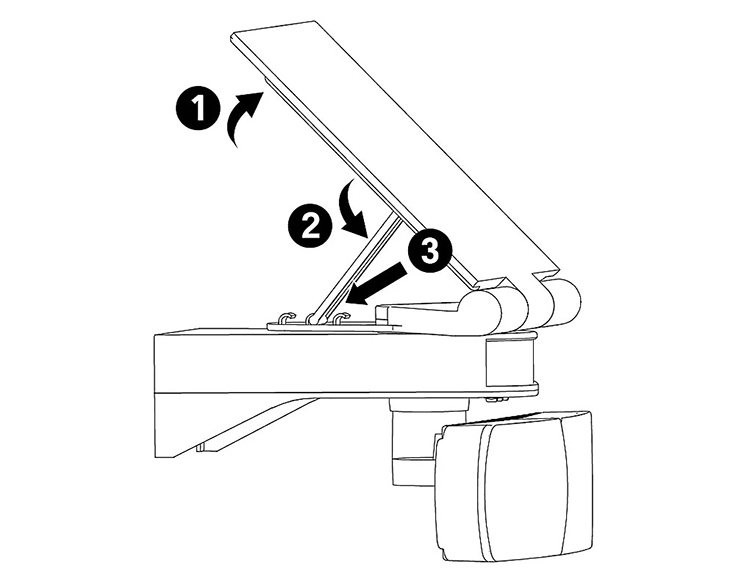 Step 7
Fit the light to the bracket and screw it securely on with the fixings provided. 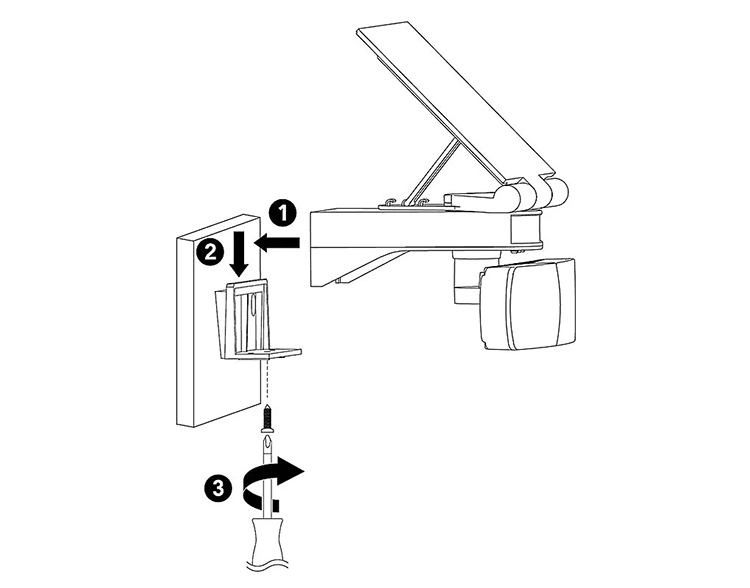 Step 8
With the light securely attached to the wall, read the product fitting instructions and set the light up, adjusting the timer, sensor and solar panel as required. You will need to charge the light fully before it can function correctly (this could take up to 48 hours, with the switch in the off position), but the instructions will detail exactly what to do. 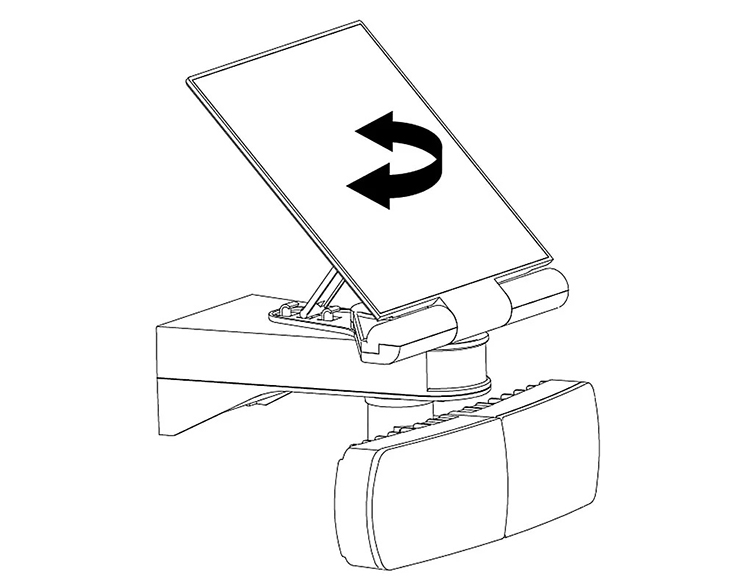